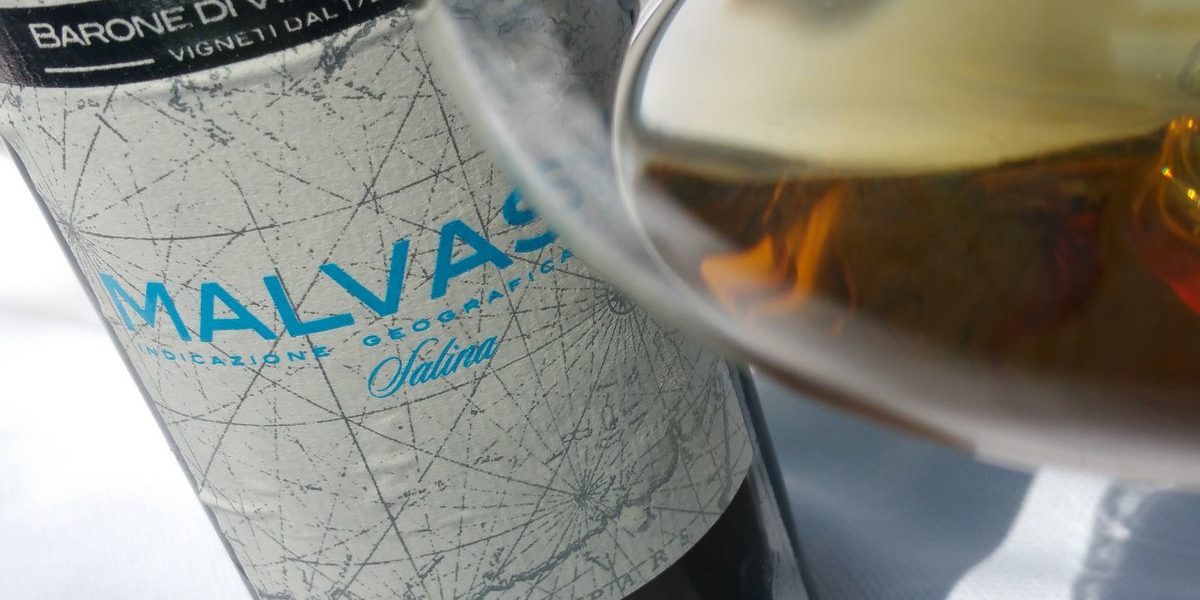 I want to tell you about a nice sweet wine that deserves to be known better: Malvasia delle Lipari Passito. Vintage 2014 of this wine is produced by Barone di Villagrande Estate which has its basement in the territory of Milo, to the south shadows of Mount Etna which is the highest active volcano in Europe (3.329 mt altitude). In June 2013 Etna was added to the list of UNESCO World Heritage Sites.

However, the grapes from which this wine originates are grown at the Vallone Casella lands on the Island of Salina (Aeolian archipelago in Tyrrhenian Sea, North East of Sicily). The wine Doc Malvasia delle Lipari is perfectly composed according Doc product specification: 95% of grapes Malvasia delle Lipari and a 5% of Corinto Nero, a red variety grape genetically similar as the Sangiovese.

This is an ecstatic wine. Flavor starts with typical notes of apricot dried, then iodine notes, broom flowers and honey. Taste is measured, polite, sweet but not too much, good freshness, soft, smooth and not very long. Ultimately: a sweet wine showing a never excessive sweetness but a good balanced taste.

You combine Malvasia with almond biscuits or with blue cheeses. But you also can drink as meditation wine. Winery owner (which is also the winemaker) is Marco Nicolosi Asmundo, a son of wine grower: he helped in management from his wife Barbara Liuzzo, expert in marketing and communications.

More technical details (if you want to read): the grapes left in the sun up to 12 days. The wine remain in bottles 9 months after the harvest.